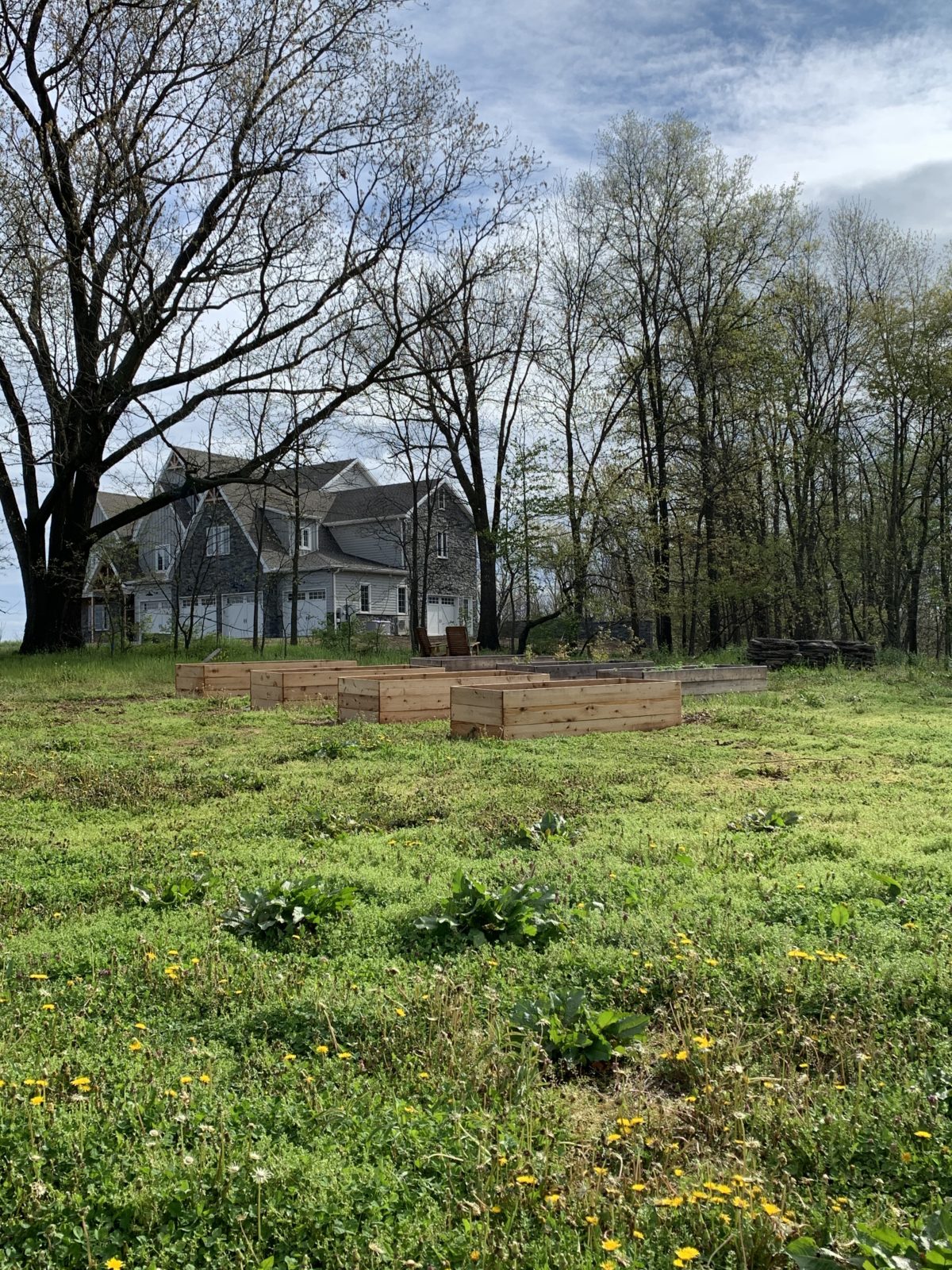 It’s been a long time, guys! How’re you all doing? Life has been super weird and surreal lately, mostly for all of us even if in different ways. Essential people (medical field and grocer staff, especially) have probably been VERY busy with work while the rest of us… eh, not so much.

I have to admit, if you’re going to be under a state-mandated Stay At Home order, the best time to do it is immediately after building a new house. Being home didn’t feel like a burden to us like it has for some people, so we’re truly grateful for that. We’ve been having fun “breaking in” the new house, using all the different spaces and making it feel like home.

Also, we’re definitely (except for Evie, maybe) introverts, so having to stay home isn’t much trouble for us. We like to run out on the weekends for errands, but our favorite things to do almost all take place here on our farm.

It’s been such a blessing to have lots of land that allows us to get outside. We’ve spent so much time outdoors during quarantine, on our own land. Long walks in the woods, playing in the creek, taking UTV/tractor rides, roasting mountain pies over bonfires in the evening, picking the wild flowers that have already started blooming, watching the deer and the colorful birds that hang out near the house.

Chipmunks, squirrels, ground hogs, snakes, field mice, ducks, geese, bald eagles, blue herons, and coyotes have all also been spotted roaming around the farm. One evening we watched a fox chase a turkey up a tree in our backyard. We love the wildlife here and how there is always something new to see.

On the few occasions that the weather wasn’t conducive to going out, we spent some time doing some fun indoor activities that usually circled around to the kitchen. I did a lot of baking especially. Iced cinnamon raisin bread (pictured below), multiple trays of brownies, fluffy dinner rolls, cinnamon rolls, and so much banana bread I lost count of the loaves. We also made some homemade play-doh, which Evie really enjoyed helping with.

During quarantine, most of the house work that still needed completed got put on hold. Construction is considered non-essential in Pennsylvania (which I do not understand!) so most of the things that needed finished had to wait and therefore, I didn’t have much to show you on the home front.

One thing that Chad and I worked on ourselves, was getting my garden built and ready for planting. Last year, Chad built me three raised beds for my garden area. I knew I wanted more than that, but we figured we’d tackle a few more in the spring and quarantine definitely gave us some time to make it happen!

Chad made all the cuts to the cedar boards one evening in his garage workshop, and then on another day we carried them outside and assembled them, which went super smoothly with everything cut and ready to go. Evie helped by bringing daddy nails, and I held the boards in place while Chad fastened them with screws and then we carried them over to the garden area.

Then one Saturday, Chad brought is tractor over and used his bucket to fill them with dirt, which we had a bunch of because we’re also in the process of grading and seeding our yard (more on that later). The dirt is a fifty-fifty blend of topsoil and compost. I shoveled it all level and now these beds are ready to be planted!

You can see the four tan-colored beds, which are brand new cedar, in front of the older three beds, which have weathered into a grayish color. Eventually they will all look like that.

I’d planted in two of those beds last fall. The third one, I’d left empty, so we filled that up with dirt while we did the new ones, too. The first thing we planted in the garden last fall were six blueberry bushes, five of which made it through winter. I plan to replace the one that died, though.

Then in late fall before it got too cold, I transplanted some of my mom’s mint garden tea. She’s moving very soon, so I wanted to be sure to get some before that. It did not look very happy when I brought it home, but mint is super hardy so I wasn’t too worried about it coming up this year. It’s doing even better than I hoped, though. I’ll start cutting this very soon for iced tea!

I haven’t gone to the nurseries for my plants yet this spring which is largely because of the quarantine, but also because our weekends have been surprisingly busy and Chad can’t come with me through the week because his business is considered essential and he’s still been working. (Thanking God for that since times are so uncertain!) I also haven’t planted any of my seeds yet though for the main reason that we don’t have the water hooked up yet.

As I mentioned before, the landscapers are just beginning to come in again to finish seeding the rest of our yard, which they started last fall but didn’t have time to complete before the weather got too cold. The company who put in our water irrigation system don’t want to come in and finish setting that up until the seed is all in. I had them run a zone over to the garden, so I will have water out here soon, but until then I’ll have to hook up a few hoses at house and drag it over, which is not ideal but would work in the meantime if I need to water something. But I’ve been holding off planting so I don’t have to do an excessive amount of watering yet.

I have so many plans for this garden area and I can’t wait to see how it evolves overtime. Besides getting water hooked up, my next goals are to: a.) get netting to cover the blueberries and any other berry bushes that I will possibly put in this spring because the birds are ruthless, b.) get some mulch or landscaping stone down around the beds to keep the weeds at bay – It’s a mess and I already did a lot of weed control before these pictures, and c.) a fence around the perimeter of the garden in order to keep the other ground-critters from helping themselves. This is harder said than done because I want to leave lots of room for adding future raised beds into the garden and it’s hard to figure out the exact layout I’d like to have eventually. For now I am hoping that the mint I have planted will deter the deer from coming into the area since they don’t like it. And I’m hoping that the raised beds (which are over two-feet-tall) will keep smaller animals from getting to the plants. We will see.

While we wait for the garden to come together, Evie and I have been having a blast foraging for morels this spring. If you’re not familiar with morels, they are the brainy-looking mushroom you see above and they are delicious. This brings back such treasured memories of my dad taking us into the woods when we were quite little to hunt them, a task which I did not overly enjoy at the time. It’s an interesting thing to be on the other side of the situation now, being the one who wants to stay in the woods and just find one more!

I was so excited to find these in a few places in our wooded areas, and be able to cook up some delicious fried morels for dinner. So yummy!

In a few months, I’ll be going around harvesting the wild black raspberries that grow along the fields. Then there will be blackberries and wineberries, as well. I don’t have near as many blackberries here, though, and the birds seem to go to town on the wineberries the most. The other thing that we have A TON of is wild grapes, but most of them are way up at the tops of trees and I can never find any lower vines before the birds eat through them all. Maybe this will be the year, though!

Thanks for hanging on with this extra long post and for coming back to see this blog after all those months of silence. I’m hoping to be more faithful in updating now, especially since we’re starting to see more progress on getting the house completely finished. More on that to come soon! Hope you all are having a great spring!