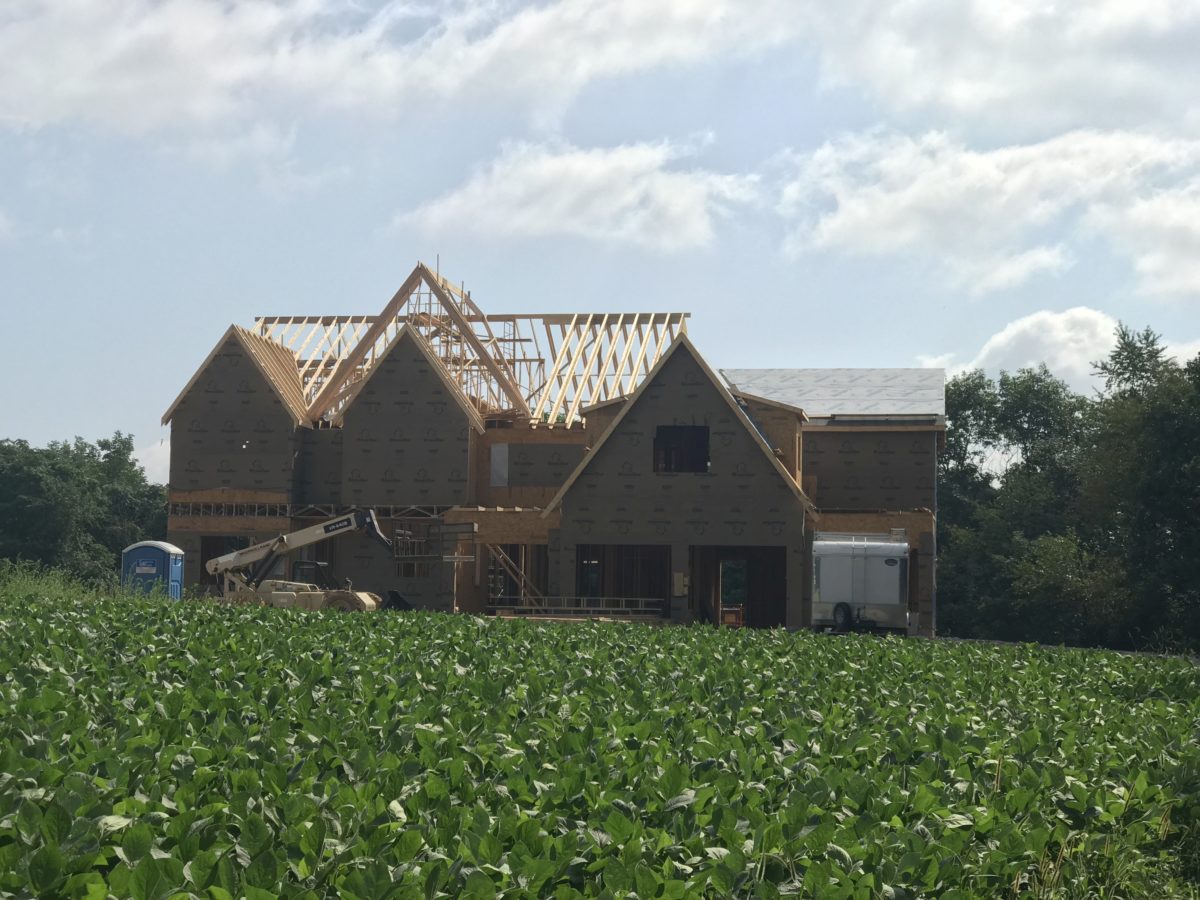 Well, this week was a little bit bonkers.

For starters, my husband had a bunch of people on vacation which means he was busier than normal covering some of their duties.  It also means that I got roped into coming back to work for the week.  I went in a few hours every day to do some of the same stuff that I did before I had Evie and became a stay-at-home mama.  I honestly wasn’t really looking forward to it and I’m glad it’s done with for now, but I really did end up enjoying the experience of interacting and being a part of something big again.

And then I dropped my iPhone in the creek.  It’s a long story.  And it totally threw my whole blogging timeline out the window because I had to wait for my phone to dry out before I could get to the pictures I’d taken of the house for the week.

So, this week’s post is late and I’m doing it a little differently.  Since I wasn’t able to visit the house nearly as often, I don’t have many specifics what went on each day.  More just a general knowledge of where we ended up on Friday.

They made a LOT of progress on our roof, and we got to see most of the gables go up.  They just need to do some stabilizing stuff yet.  Oh, and get the roof on.

In the picture above, you can see they added the gable on the of the house and started on the large gable over the center of the house.

Below, you can see the gables on the side of the house.  There’s a large one in the center and a smaller one toward the back.  The left side of the house still has a gaping hole where the stairs will be eventually.

Here’s what the attic looks like from the inside.  You might not be able to tell, but the view is breath-taking up there.  I’m putting in three windows so that I’ll be able to look out sometimes.

Much more to come in my next post, Week 18, which I know for a fact because we are halfway through it already and I have actually made it to the house site this week!

Check out my Home Building section to see all the progress so far!